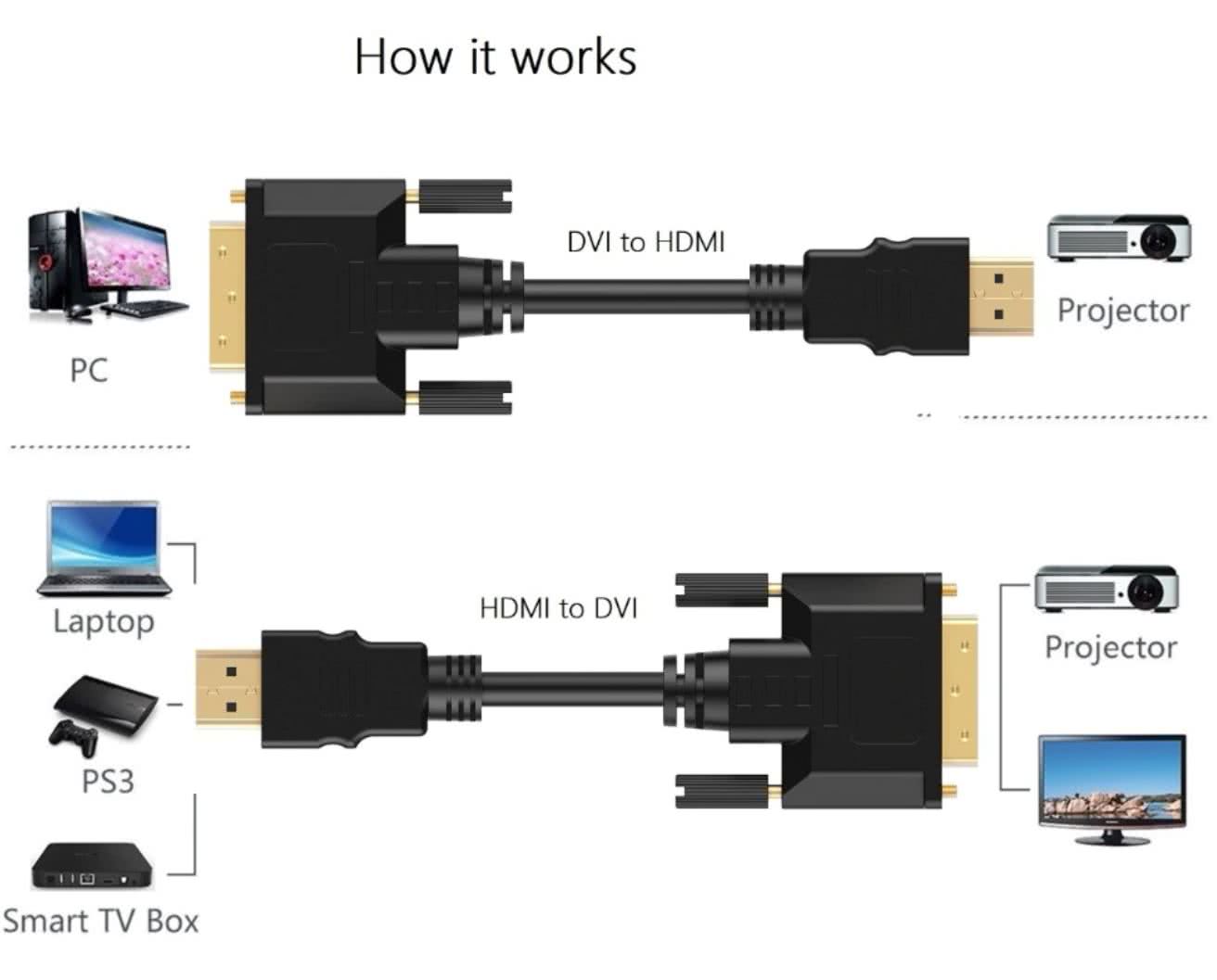 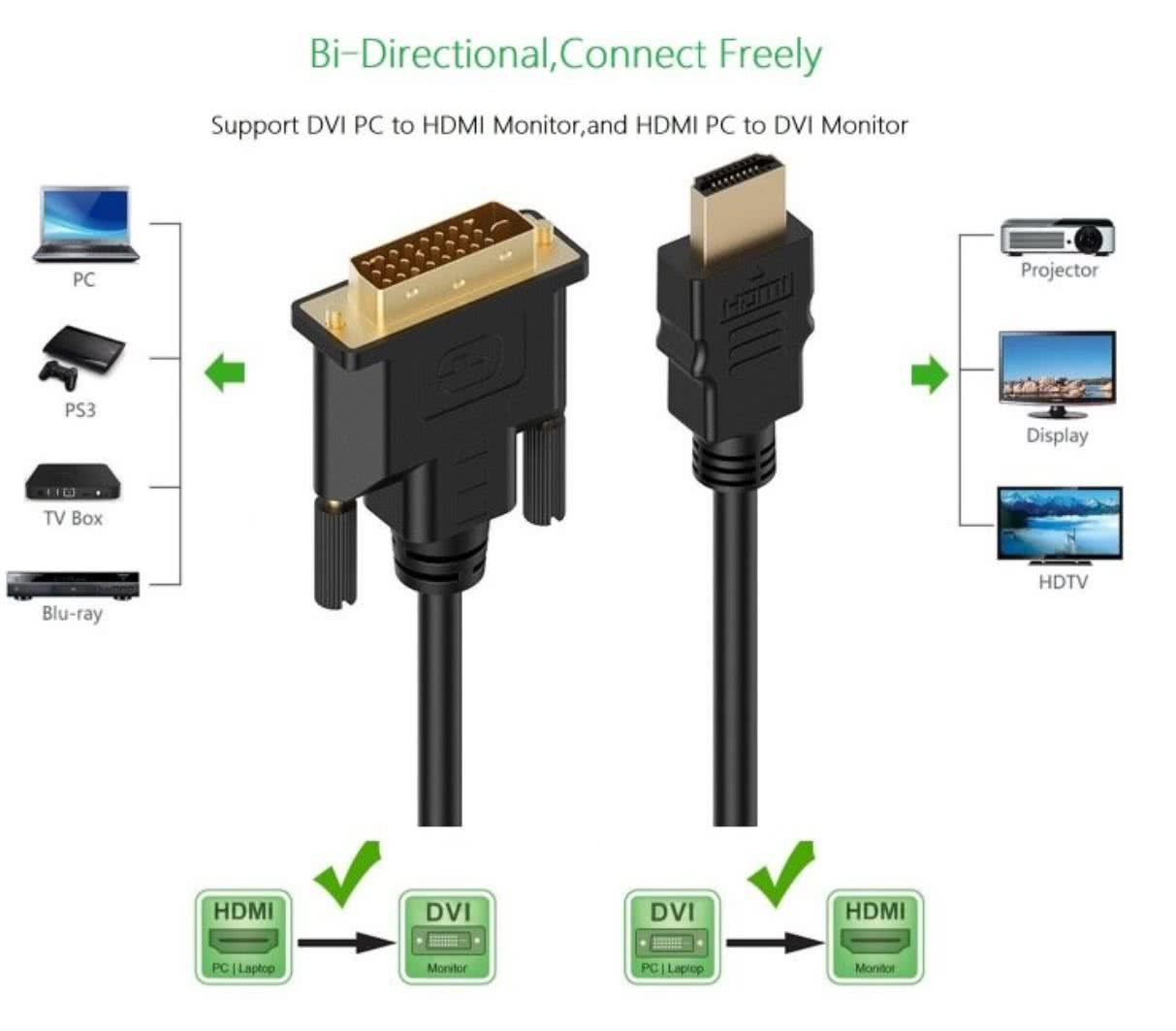 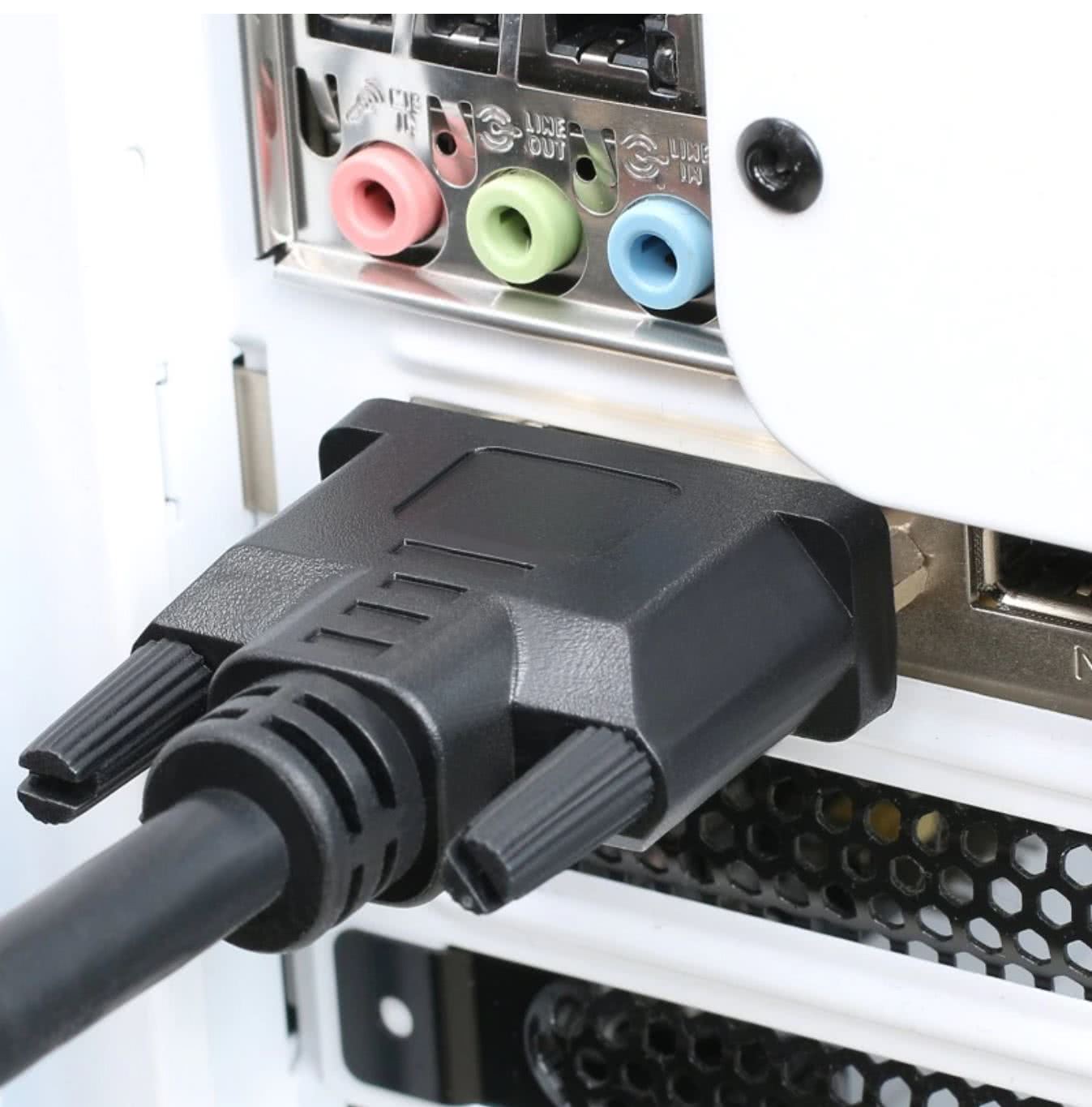 This cable is mostly used for connecting your Xbox Consoles, Playstation Consoles, DSTV HDPVR / Explora, Blu-ray players, Laptop or any device with an HDMI Output to a display with only DVI-D input and no HDMI inputs. Audio will travel via coaxial / optical since HDMI to DVI only carries video. Smaller computer LCD Screens are much cheaper compared to LCD TV’s and offers much higher resolutions than normal televisions.

The cable is bi-directional and can also by used to connect your PC Graphics Card (DVI Output) to the HDMI Port on your HDMI display. The graphics card output needs to support DVI-D digital signals. Most Nvidia and ATI graphics cards support DVI-I which can autoswitch between DVI-D (Digital) and DVI-A (Analog). To explain the differences in the variations of DVI connectors see the diagram below

A technical guide on how to choose HDMI Cables & Equipment is available at Choosing the Correct HDMI Cables and HD Distribution Equipment. If you are not sure which items to purchase please send us an e-mail with requirements using the Contact form on the left under the Information section and we will select the correct products for you based on your requirements. To extend a HDMI to DVI cable use the HDMI Coupler / Socket – Female to Female (Gold Plated Connectors) and another HDMI Cable of the required length.

HDMI has become the new standard in Home Entertainment and Digital Audio & Video.

When using a HDCP Player / Source Device with these cables please ensure that your display is HDCP certified otherwise the source device will have issues regarding the HDCP Protocol. This cable transmits video only from HDMI to DVI and the audio needs to be on a separate cable such as optical, coaxial RCA, analog etc.

High-Definition Multimedia Interface (HDMI) is the first industry-supported, UNCOMPRESSED audio/video interface. This cable connect DVI devices to HDMI devices for DVD, satellite boxes, LCD, projectors, plasma and HDTVs. HDMI provides an interface between any HDMI-enabled audio/video source, such as a set-top box, DVD player, and A/V receiver and an audio and/or video monitor or projector.

HDMI supports standard, enhanced, or high-definition video. It transmits all ATSC HDTV standards with bandwidth to spare to accommodate future enhancements and requirements.