Fiber optics have a lot of different terms and designs. Some people might ask what is LC/UPC | LC/UPC? What is SC/APC | SC/APC? UPC and APC are two polish types /  grinding methods for optical fiber bushings.

Install connectors on one fiber end face, return loss is unavoidable, this is due to the reflection of the optical source. Serious optical loss will damage the laser optical source and interrupts the transmission of signals. Therefore, connector rings with different grinding methods can avoid severe echo loss to a certain extent. UPC and APC are two widely used grinding types.

Differences Between UPC and APC Connector

Therefore, UPC connector is usually required to have at least -50dB return loss or higher, while APC connector return loss should be -60dB or higher. In general, the higher the return loss the better the performance of the mating of two connectors. Besides the fiber end face, another more obvious difference is the color. 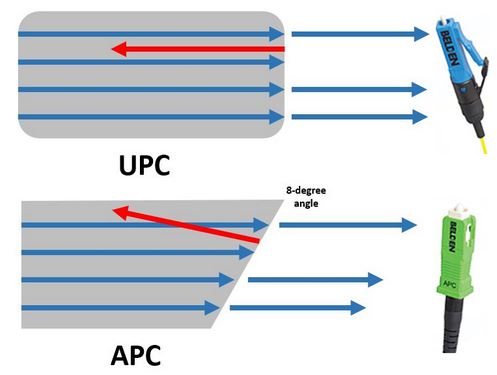 APC, angular physical contact. The end face is drawn to a 8 degree angle, which is beveled to reduce reflection. APC can only be connected to APC. Since the structure of the APC is completely different from the UPC, if the two connectors are connected with a flange, the optical fiber end of the connector will be damaged. 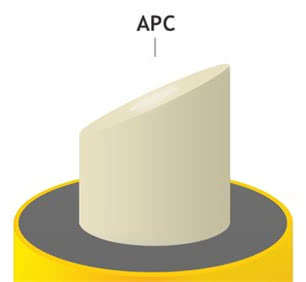 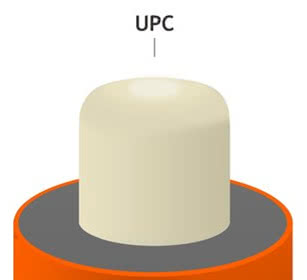 UPC and PC connectors are generally used in Ethernet network equipment like fiber switch, and are compatible with most standard fiber SFP modules. Instead, APC connectors are mostly employed in PON network architecture or passive optical LANs, and they are not recommended to be used with fiber SFP modules. Therefore, choose the right connector depends on your particular networking needs.

Most optical transceiver modules have two ports for bidirectional communication except for BiDi SFP Modules that uses a single optical cable for transmitting and receiving signals.

G652D and G657A2 specifications refer to the glass and cable construction of optical fibre and are generally the fibres of choice in optical fibre patch leads for singlemode systems.

ITU-T G652D singlemode fibres have been used in all networks for more than 30 years. Being backwards compatible, this makes for easier maintenance/repair (splicing fibres of the same type). The G652D fibre Mode Field Diameter is 10.4µm @1550nm.

G652D fibres provide marginally lower loss transmission, which is better in facilitating long distance communication links (up to and greater than 100km). 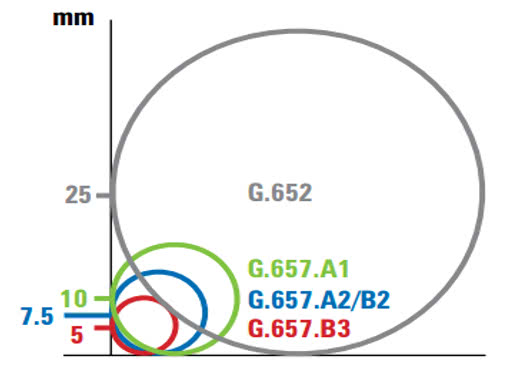 What Is a BiDi SFP?

Bidirectional SFP can be defined as a compact, hot swappable, input/output optical module with LC/SC connector that can transmit and receive data to/from interconnected equipment through a single optical fiber. Unlike traditional optical transceivers, BiDi optical transceivers are fitted with wavelength division multiplexing (WDM) diplexers, which combine and separate data transmitted over a single fiber based on the wavelengths of the light. For this reason, BiDi transceivers are also referred to as WDM transceivers.

In Dual Cable SFP’s one port is used for sending signals and the other one is for receiving signals. Normally, this transmission process is achieved through a fiber patch cable. Fiber patch cables are designed with different connectors, like SC APC, LC UPC etc. It is important to check whether the fiber connectors are compatible with the SFP optical transceivers before making the connection. Otherwise, it will cause serious consequences such as invalid connection or network failure. For example, we can not use Fiber Cables with APC connector in SFP modules. Because the APC connector has an angle, but the connector of the SFP module is flat. Therefore, misalignment will be created when pairing APC and a SFP module, which will result in more loss and even the interface within the transceiver may be damaged.

APC vs UPC vs PC, Choose the Correct One For a Fiber SFP Module

In principle, different connectors can not be paired. However, the fiber ends of PC and UPC are flat, and the difference between them is the quality of polishing. Therefore, UPC and PC are compatible and interchangeable without causing any damages to the connectors. This means UPC or PC fiber can be equally used with fiber SFP module.

What is the difference between multimode and single mode fiber optic cables?

Single mode cables are designed to carry light directly down the fiber. It is a single strand of glass fiber and has a diameter of 8.5-10 microns. Because it has one mode of transmission, it will propagate 1310 or 1550 nm. 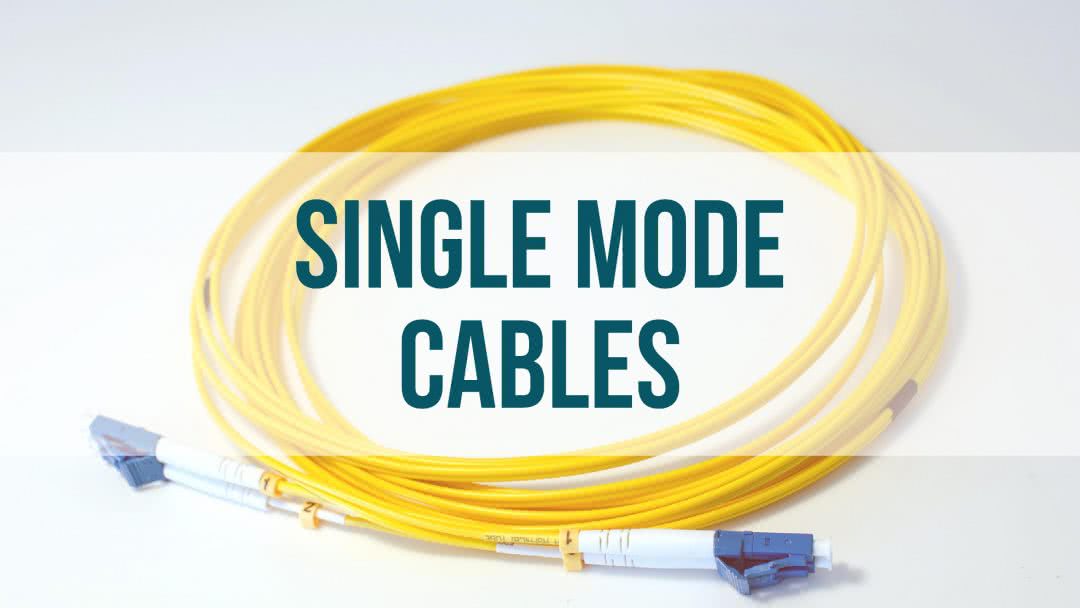 Multimode patch cords have a bigger diameter, typically 50-100 microns for the light carry component. Over medium distances, multimode fibers give high bandwidths at high speeds. Light waves are dispersed into numerous paths, or modes, as they travel through the cable’s core typically 850 or 1300nm.

In cable runs longer than 914,4 meters, the multiple cable pats can cause distortion at the receiving end, resulting in an unclear and partial data transmission.

Multimode cables are considered to be the “domestic” fiber as they are used for local-area network, as an example, they can be used in FTTH. Multimode can reach up to 100Gbps Ethernet. 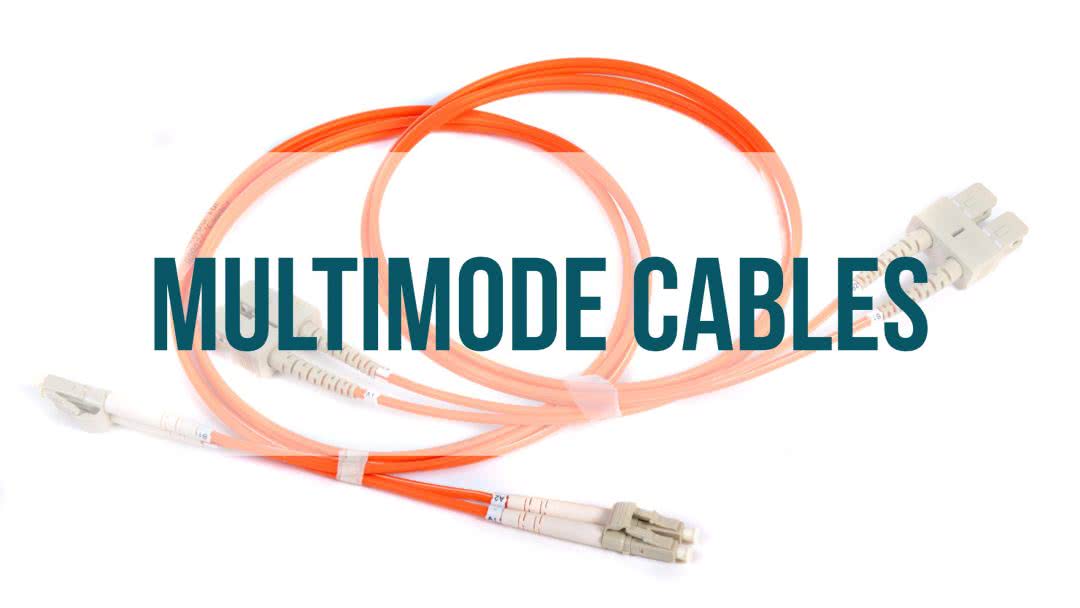 There are several main differences between single mode SFP and multimode SFP:

The color coded bale clasp and color arrow of single mode SFP modules are generally designed in blue, yellow or purple. Blue is the 1310nm module, yellow is the 1550nm module and purple is the 1490nm module. And the color of compatible fiber optic patch cord is yellow.

While the color coded bale clasp and color arrow on the label of multimode SFP modules are black and the used fiber optic patch cord is usually orange.

Single mode SFP and multimode sfp use different types of transmitters. VCSELs are typically used in multimode SFP transceivers. They can be tested on the wafer level and don’t need a hermetic package. Edge-emitting lasers, such as Fabry–Pérot, DFB and DBR lasers, are utilized in single mode SFP modules for different reaches and applications. They have complex layer structures and often require a hermetic package to achieve higher emission power and stable single mode operation. Therefore, Edge-emitting lasers are more costly than VCSELs.

Planning for the Future